How to ensure safe human-robot cooperation in factories 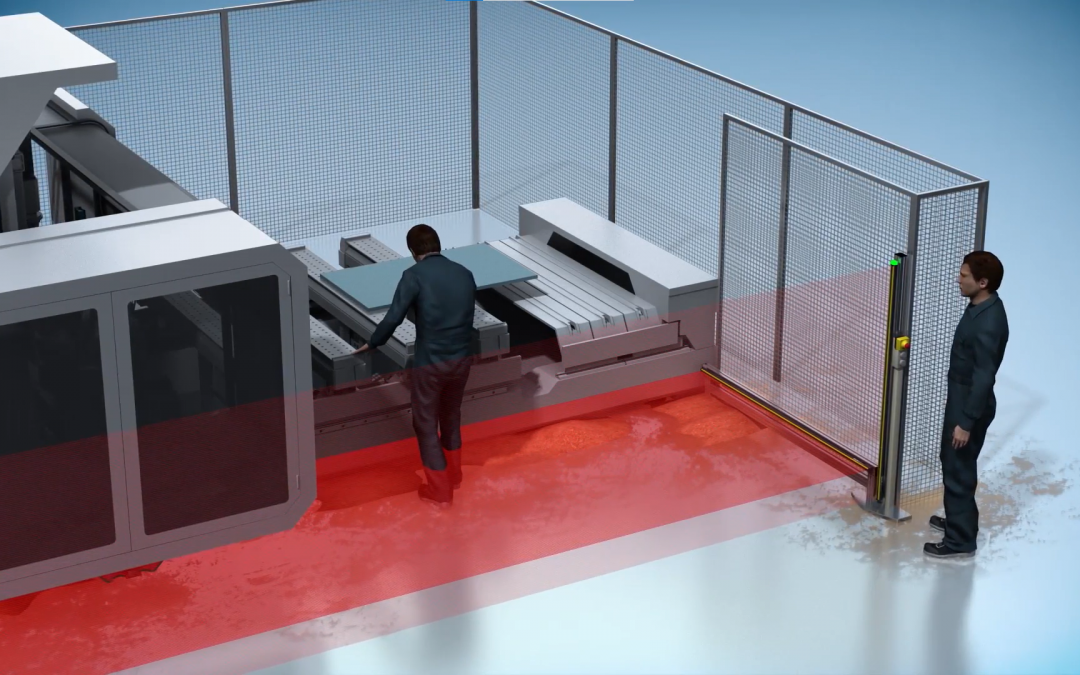 1. Why is safety important in human-robot cooperation?

No more than three decades ago, the common way industries used robotics resources consisted in relegating the robots behind walls, fences and metal doors. In the past, safety meant making sure that the operator would never come into close proximity to a moving robot.

Today’s industry, however, looks astonishingly different from only 30 years ago. Especially in the last decade, due to the increased demand for customised products, innovative robots applications need to be flexible, re-configurable and as much human-friendly as possible. In fact, the use of robots in tasks that are not highly repetitive often requires the collaboration of operators. With the advancements in technology and robot sensing capabilities, the boundary line between human and robot spaces becomes thinner. This brings new challenges but also new possibilities for safe human-robot cooperation.

As innovation ramps forward, legislation needs to catch up in order to ensure the well-being of society and its members. For this reason, the Machinery Directive, Directive 2006/42/EC of the European Parliament and of the Council of 17 May 2006, came to life as a directive concerning machinery and certain parts of machinery. Its main intent is to ensure a common safety level in machinery placed on the market or put in service in all EU member states, and to ensure its freedom of movement within the European Union. The Machinery Directive works in the light of other norms. These norms aim to guide manufacturers in the design of safe machinery:

3. The implementation of robot safety systems in the DIMOFAC pilot lines

As mentioned before, to ensure the seamless integration of robotics resources into manufacturing plants, the first aspect to bring up is a safe human-robot cooperation. The implementation of safety systems based on well-established technologies and fail-proof architecture is the most common solution adopted.

Because of their inherent diversity, all six DIMOFAC pilot lines require different safety architectures in order to safeguard their operations. The factories acting as pilot lines are the following:

The pilot lines use cases

In the Philips case, a group of cobots performs assembly and inspection tasks where the main risk is the interference with humans inside the area. We can mitigate this risk with safety mats, laser barriers or safety area scanners. The second application is the pick&place and inspection of injection moulded parts. We ensure safety via the physical separation between the moulding machine and the operators. A very similar application is the Albea use case. We adopted similar measures as the injection moulding module is the same.

For VDL, the application consists in loading and unloading milling machines by use of a mobile robotic platform. This mobile platform being developed by Comau uses different means to ensure safety, among which there are laser scanners to safeguard the platform during navigation, as well as the safe collision detection and the safe speed limitation features of the manipulator. These same features of the manipulator (which make it compliant with PLd, category 3 according to EN ISO 13849-1) are used also in the Sculpteo use case. The robotic arm performs bin-picking tasks in an area that can be accessed by operators.

Schaltag’s pilot line consists of a fenceless workspace for cabinet assembly and testing. A non-collaborative robot takes on the preparation tasks. It is safeguarded by the use of laser scanners and safety magnet sensors for ensuring that the physical access to the robot’s proximity is hindered.

Finally, the Eire use case consists in a laser texturing process. Due to the dangerous nature of the process, we physically fenced off the operative space is physically and secured it with a magnetic safety switch mounted on the cell door.

4. The benefits of a safe shop floor

Ensuring safe human-robot cooperation is not only a must for moral and legal reasons. It is also a fundamental aspect of productivity. Factory workers that feel safe in their workplace tend to work better and faster. Not to mention that high levels of safety are required in order to obtain the CE marking* and commercialise a machine or robotic cell. As a consequence, a well-carried out safety design will lead to faster certification and fewer design iterations. A well-conducted risk assessment also gives the possibility to reduce the limitations of a robotics application, avoiding measures that are too restrictive and that could undermine productivity.

*The CE markings mean that the manufacturer or importer affirms the good’s conformity with European health, safety, and environmental protection standards.

This website uses cookies to improve your experience while you navigate through the website. Out of these cookies, the cookies that are categorized as necessary are stored on your browser as they are essential for the working of basic functionalities of the website. We also use third-party cookies that help us analyze and understand how you use this website. These cookies will be stored in your browser only with your consent. You also have the option to opt-out of these cookies. But opting out of some of these cookies may have an effect on your browsing experience.
Necessary Always Enabled
Necessary cookies are absolutely essential for the website to function properly. This category only includes cookies that ensures basic functionalities and security features of the website. These cookies do not store any personal information.
Non-necessary
Any cookies that may not be particularly necessary for the website to function and is used specifically to collect user personal data via analytics, ads, other embedded contents are termed as non-necessary cookies. It is mandatory to procure user consent prior to running these cookies on your website.
SAVE & ACCEPT