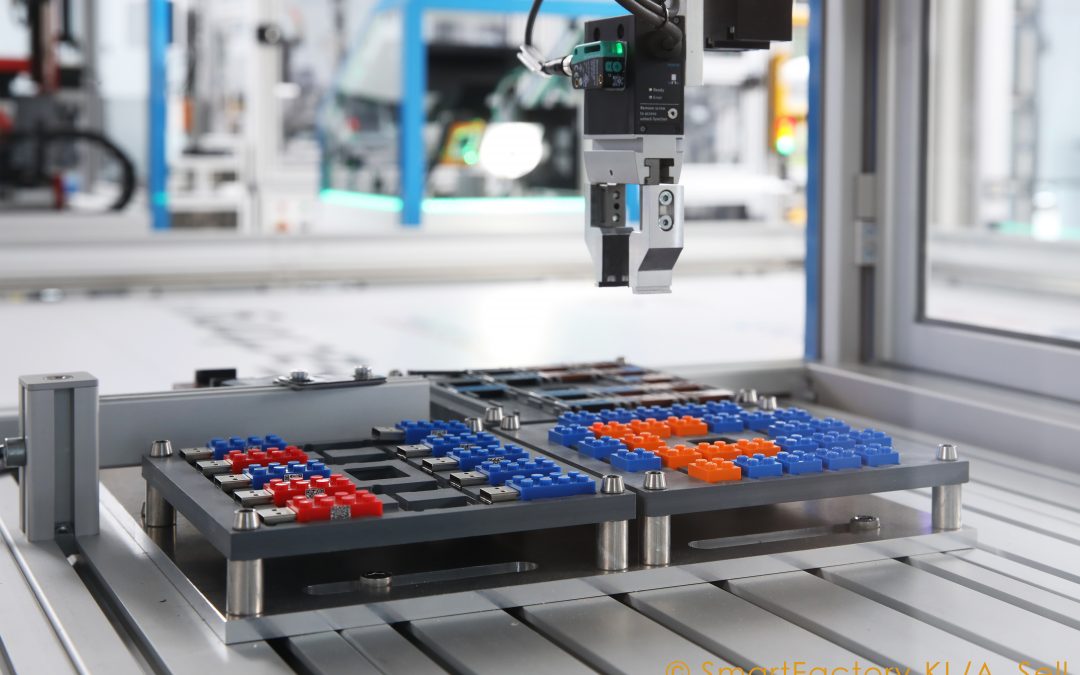 1. What is Plug-and-Produce in Manufacturing?

The earliest mention of the term “Plug-and-Produce” dates back from the year 2000. Researchers from the University of Tokyo and Tsukuba University in Japan coined the term based on an analogy with the “Plug and Play” concept (from the world of computers and information systems).

Various research publications and/or innovation projects funded by the European Union in the last two decades have included the term. Indeed, Plug-and-Produce intends to decrease the overall time and efforts involved in reconfiguring a manufacturing system. The European manufacturing landscape can hugely benefit from the technology.

In the world of computers and information systems, this will be analogous to a user replacing their old USB mouse with a new one by just removing the USB head of the old one and inserting the new one in their computer and the software automatically configuring it for their use.

Plug-and-Produce goes along with the Industry 4.0 revolution

However, today and most of the time, we still reconfigure production lines manually.

The ongoing Industry 4.0 revolution anticipates that these production lines become (semi-)automatic and self-controlled. This could be made possible by utilising the Plug-and-Produce concept in the production systems. This would then enable new deployments introduced to the existing production line, along with its reconfiguration (or extensions).

In other words, when a new machine (or a subsystem) is deployed or ordered, all its components would be brought to the production line (that is to say the existing system) mechanically, electrically and informatically. This would be done in a (semi-)automatic manner, in such a way that the entire system starts to operate without any external help.

The mission of the DIMOFAC project is to provide an industrial solution that makes the production lines on the factory shop floor easy to reconfigure. Production lines must be able to adapt quickly in a cost-effective way (for instance, introduction or removal of entire modules or a machine or robot, etc.) to the needs of the manufacturers. This refers to Agile Manufacturing.

Such a possibility is of high importance. Market dynamics are ever-changing (the pandemic proved it). Besides, end-users and consumers are keen on more and more personalised products. In short, factories need to have the capacity to produce fast many batches of small quantities. For this reason, most of them need a high-mix low-volume manufacturing solution. The DIMOFAC initiative was born out of this assessment and intends to build a smart factory architecture that can address this issue.

Plug-and-Produce technology is essential to this architecture. It will support the DIMOFAC in providing an easy, efficient and cost-effective possibility for the manufacturer to reconfigure their production lines both:

3. How to implement Plug-and-Produce technology in Factories?

In the DIMOFAC architecture, a special focus has been given to the development of the reconfigurable modular cyber-physical production modules, which have Plug-and-Produce capability.

To achieve Plug-and-Produce at least two essential challenges should be addressed:

There are several distinct types of interfaces, which can be identified as:

In DIMOFAC, we determine also the material transfer interface, stressing out the importance of the unified material (products, raw material) transfer between the modules. The first two interfaces can be standardised and there are already some prototypes exiting for them. For example, a universal plug-in connector (see Figure 1 below).

Mechanical and product transfer interfaces are difficult to standardise, due to the high mechanical individuality of every single production system. For this reason, in DIMOFAC, we assess the possibility of their unification. This will allow to achieve a high level of reconfigurability and Plug-and-Produce capability.

A common information model goes along with Plug-and-Produce implementation

Another prerequisite for implementing the Plug-and-Produce concept is the necessity of the module’s self-description capability. The module should be able to automatically advertise its functionalities or skills. It should also describe its properties and required parameters for automatic setup. The common information model (CIM), elaborated in the course of the project will achieve this.

The DIMOFAC common information model is based on the concept of an Asset Administration Shell (AAS), which uniformly describes all the properties and capabilities of an asset. The asset can be a production module, but also a software entity or an operator. Thus, using the AAS as the common information model enables the universal Plug-and-Produce capability across the whole DIMOFAC framework.

Finally, the integration layer of the DIMOFAC architecture will provide the needed infrastructure to enable Plug-and-Produce. That is to say an automatic discovery of each module, a capabilities registry, an orchestrator, and a messages routing system.

Plug-and-Produce capability is one of the vital pieces for finalising the DIMOFAC puzzle. It will provide an answer to the question: how to assist the manufacturers to perform a fast and cost-effective reconfiguration of their production lines?

With the use of common interfaces, Plug-and-produce technology becomes a vital part of the DIMOFAC solution. Along with other technologies, such as Digital Twins, Plug-and-Produce will assist DIMOFAC in reaching its KPIs:

This website uses cookies to improve your experience while you navigate through the website. Out of these cookies, the cookies that are categorized as necessary are stored on your browser as they are essential for the working of basic functionalities of the website. We also use third-party cookies that help us analyze and understand how you use this website. These cookies will be stored in your browser only with your consent. You also have the option to opt-out of these cookies. But opting out of some of these cookies may have an effect on your browsing experience.
Necessary Always Enabled
Necessary cookies are absolutely essential for the website to function properly. This category only includes cookies that ensures basic functionalities and security features of the website. These cookies do not store any personal information.
Non-necessary
Any cookies that may not be particularly necessary for the website to function and is used specifically to collect user personal data via analytics, ads, other embedded contents are termed as non-necessary cookies. It is mandatory to procure user consent prior to running these cookies on your website.
SAVE & ACCEPT